A+ A-
Print Email
CANCER is a serious disease in which growth of cells also called CANCER formed in the body and kill normal body cells, this disease affect both men 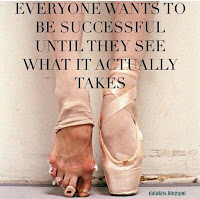 and women which have become more worrisome as health reports reveals that CANCERS of the reproductive system are those of the breast, spinet to the female and prostrates in the male. The reports reveal that breast #CANCER account for about 40% of all CANCER related death in women while CANCER of the civet is responsible for over 50% of female genital CANCER reported in tertiary hospitals.

In these CANCERS, severe mobility and high mortality associated with delayed care seeking behavior by the affected person, i.e. while this major killer diseases can be diagnosed earlier , screening services where until recently not available.

In other word, there is little awareness by individual, communities & health providers that this CANCERS can be diagnosed at an early stage that is amendable to treatment.

It’s against this backdrop that the free screening exercise and the campaign by the various non-governmental organizations, medical associations in Nigeria and other women groups could be seen as both timely and commendable; For one, the afford of these organizations which includes free screen exercise will not only reduce the financial bordering for many who cannot afford consultation fees in our public hospitals but will also reduce the psychological pressure associated with terminal ailment.

In this regards, its become expedient for other non-governmental organization to emulate the commendable efforts by the various health workers and particular the medical workers association for their vigorous campaigns. Beside the imperatives for the health-care system to develop programs aim at reducing the psychological pressure on infected persons and effort aim at mitigating the effect, there is need to broader the scope and geographical spread with view to sensitize all and treatment of terminal ailment.

Similarly, they should strengthen collaboration and coordination among the ministries of health, women affairs, educational institution and other relevant agencies if these objectives are to be realized.
Specifically, it beholds government at all tiers with relevant functionaries, to strengthen their commitment to women’s health as a major public health concern. Statistics
reveals
that
failure
to
meet
women’s
needs
especially health-care need result to cover 75,000 death yearly, the sad side of this is that some of this death are almost entirely avoidable.

Currently, there are positive signs of the use of nutritive medicine in the treatment of CANCER. Studies have provided the grounds for hope that herbs and nutritional supplement, used alone or as adjoin in orthodox CANCER therapies can bring about CANCER cure.

Some anti-CANCER food supplement can prevent CANCER from hijacking parthenogenesis in a counter process called anti-co-genesis, which is why all hands need to be on desk to ensure that every mother & girl child is screened and treated of this ailment.