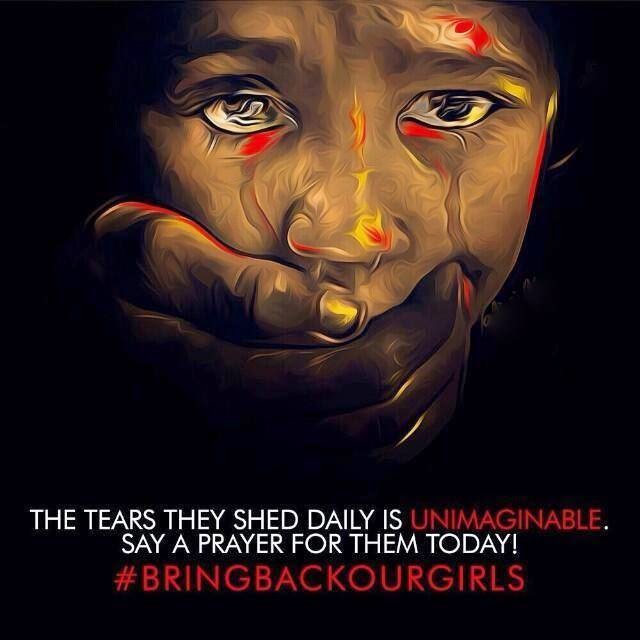 Hope rises for Chibok girls
•FG, Boko Haram begin negotiation •As rumour of Shekau’s death spreads in Borno
(culled from Nigerian Tribune)
THERE is hope in the horizon that the over 200 Chibok school girls in the captivity of terrorist group, Boko Haram, may regain their freedom soon.
This is following reports that the Federal Government and the leadership of the insurgent group may have finally begun a process of negotiating the release of the school girls.
According to a report of the Cable News Network (CNN) at the weekend, government officials and the International Committee of the Red Cross (ICRC) have started talking with Boko Haram leadership about swapping prisoners of the Islamist terror group for the school girls who were kidnapped in April.
Quoting an anonymous source, CNN reported that the officials met four times with two senior members of Boko Haram in the Federal Capital Territory (FCT), Abuja last month.
The report further indicated that the swap would involve the release of 30 Boko Haram commanders in the custody of the government. It was learnt that the insurgent group had submitted a list of 30 of its members who were either convicted or are awaiting trial on terror offences.
We never raped your girls –Boko Haram
“The two Boko Haram negotiators assured the ICRC and government negotiators that the girls were never raped; they were never used as sex slaves and were never sexually assaulted,” said the source, who the CNN reported attended the discussions.
Disagreement over release ratio
However, despite that the terrorist group has expressed willingness for a swap with the ICRC at an undisclosed location, there has arisen a disagreement on some terms, including and particularly the number of girls involved in the swap.
It was learnt that Boko Haram had insisted on an even swap – 30 girls for the 30 Boko Haram commanders.
But the government, according to the source, has refused to play along on this term.
“They were only ready to release one to one, a condition the government was not going to accept,” the source said.
‘We want to visit Kabiru Sokoto, others’
According to the foreign television station, the source disclosed that another hurdle in the talks was Boko Haram’s insistence on meeting the imprisoned 30 top members that would be involved in the swap.
The source said they only had contact with six at a prison outside Abuja, but the whereabouts of the others had remained unknown to them.
The six prisoners, the source said, included Kabiru Sokoto, who was convicted in December 2013 of terror charges over the deadly Christmas Day bombing of St Theresa Catholic Church in Madallah, Niger State, in 2011.
“ICRC couldn’t find where the remaining 24 were being detained,” the source said.
Further checks ahowed that he Boko Haram negotiators gave the assurance that they would get back to the government after consulting with their superiors.
Rumour of Shekau’s death spreads
In a related development, rumour of the death of the sect’s leader, Abubakar Shekau, and some of his commanders in the battle with troops in Konduga was spreading across Borno State, as of the time of filing this report.
Shekau’s reported death is contained in the account of some of the survivours of an attack of the sect on Mainok on Friday, as they said they were afraid of returning to the town “because we are told the insurgents are mad as a result of the killing of their leader, Abubakar Shekau, in Konduga.”
Reports reaching Sunday Tribune in Maiduguri, the state capital, indicated that over 300 people were killed when the insurgents attacked Mainok market on that Friday in what was believed to be a retaliation of the leader’s death as villagers were in the peak of trading on the market day.
A local, Modu Jakana, who narrowly escaped that attack, told Sunday Tribune that the insurgents came in from all angles, “shooting the people as if they were exchanging fire with the military. We don’t know how we escaped, but we were so lucky. They were so determined to kill everybody. I saw so many corpses while we were running for dear lives. At the main road, vehicles that were on top speed also killed so many people as there was confusion everywhere.
“This morning, some of our people told us that over 300 people, including some of the insurgents, were killed because we learnt that the military came and engaged them in a fierce fight.
Posted by Unknown
Labels: lost without technology