You can’t choose your parents but you can take optimistic decision to lower the risk of inheriting diseases, says a Doctor.

When a new born baby arrives, it’s typical for family members and friends to make complimentary remarks about their appearance (especially females) and compare it to that of other members of her family-how she has her mum’s blue eyes, her grandpa’s nose etc.

Later as she grows older, comments may be made about her personality or skills-how she has her mother’s milt temper or her father’s talent for crafting. But the genes we inherited from our parents determine far more than just our looks or behavior-they can also have huge influence on our health and well being.

Each cell of our bodies contains approximately 50,000 genes, these are held together in 46 chromosomes, which are made up of 22 pairs (one from each parent), + plus the sex chromosomes –a pair of Xs in women and an X and a Y in men.

Genes act together in a multifarious ways and some are influential than others, generally, they act together in their chromosome pairs, with one from each parent involved in the same task. 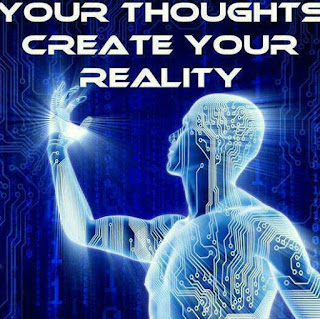 Collectively, genes influence and direct the development and functioning of the entire human body, not only providing a program for growth and development but also exerting a large degree of control over our health, ageing and even death. That doesn’t mean, however, that you should acknowledge the hands mature have dealt you.

Take positive action, through diet, exercise and screening, you can minimize the harmful effects that genes can have on your health.

These effects differ greatly, some genetic defects act in an “all or nothing” way and actually cause illnesses, while others simply increase susceptibility to them. A growing number of illnesses are now known to be affected by genes like this; they tend to run in families but often in a haphazard manner. Even if the illness concerned affects mainly one six 1/6 (example ovarian or testicular cancer), the genetic link can come from either the paternal or maternal side of the family.

If both sides of the family are affected, the genetic effect can be cumulative, with an associated increase in risk, the list of diseases with known family links is diverse and ever increasing and it includes: breast cancer, skin cancer, colon cancer, ovarian cancer, heart disease, osteoporosis, schizophrenia, Alzheimer’s thyroid disorders, rheumatoid arthritis and diabetes. Other genetically inherited disorders are allergies such as asthma, eczema, blood clothing problems, vein disorders and osteoporosis.

Where there’s a vulnerability to a disease, its development seems to depend on a complex interaction between genes, as well as multiple environmental factors, including infections, diet and lifestyle.

Sometimes, a single abnormal gene is so dominant; it is enough to affect a person’s health. One example of this is the gene that causes familial hypercholesterolemia, which prevents proper metabolism of fats, leading to sky-level cholesterol levels and heart attack at a tender age, other serious illnesses such as Huntington’s cholera and neurofibromatosis are thankfully becoming increasingly rare, due partly to genetic screening during pregnancy.

With some diseases, it may not matter if you inherit a defective gene from one parent if the other half of the pair is normal, inheriting the abnormal gene from parents can lead to severe illness and a classic paradigm is cystic fibrosis, which results in a tendency to lung infections and an inability to absorb nutrients.

Genetic abnormalities such as the loss or gain of a whole chromosome do occur surprisingly frequently but often result in miscarriage occasionally, though; babies are born with major chromosome defects such as Down’s syndrome, which is caused by an additional chromosome.

At present, you cannot alter the genes you are born with but screening, during adolescence can provide an early warming, with advances in gene therapy, it may soon be possible to either eliminate or replace the rogues responsible for a few fatal diseases.

Some female Pop stars has carried out breast surgery which saw Angelina Jolie mastectomy surgery operation that has helped her to reduce the risk of breast cancer, simple because her grandma, her mum died of breast cancer. Thanks to technology, Angeline Jolie wasn't kidding when she said the results of reconstructive surgery can be "beautiful." Months after undergoing a preventive double mastectomy to remove both breasts and reduce her risk of cancer,‪#‎theMaleficentactress‬, 38, can still rock a plunging neckline like no one else. And on Monday, July 8, she did just that while in Hawaii on a location-scouting trip.


, Jolie revealed her stunning figure and still-ample cleavage. She kept her eyes hidden behind a pair of sunglasses and beneath a wide-brimmed black hat, but her smile was unmistakable.Indeed, the Academy Award-winning star has a lot to be happy about these days. Thanks to her preventive mastectomy in February, her chances of developing breast cancer have decreased from 87 percent to 5 percent, she revealed in May the procedure.

"I can tell my children that they don’t need to fear they will lose me to breast cancer," she wrote of her six kids with fiance Brad Pitt. "It is reassuring that they see nothing that makes them uncomfortable. They can see my small scars and that's it. Everything else is just Mommy, the same as she always was."
"There have been many advances in [reconstructive surgery] in the last few years, and the results can be beautiful," she added, noting that she did not feel like "any less of a woman" without her natural breasts. "I feel empowered that I made a strong choice that in no way diminishes my femininity," she explained.
Jolie arrived in Honolulu on Sunday, July 7, with sons Maddox, 11, and Pax, 9. She's in town to scout locations in advance of the. After the movie movie Unbroken, her first project since undergoing her mastectomy.
"Angelina was smiling,[She] talked to several people at the gate who greeted her and her sons with 'alohas' and 'enjoy your vacation.'"


is living a healthy life now.